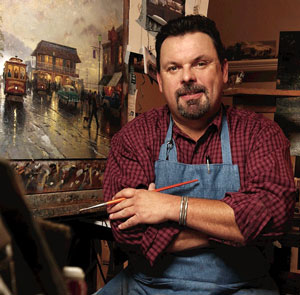 Tomorrow marks the first anniversary of controversial artist Thomas Kinkade’s death.  In life, he was “America’s most-collected living artist”, with around 1 in 20 American homes featuring a copy of one of his paintings. While he was undoubtedly popular with a wide segment of society, art and culture critics had more than a few harsh words for his work. Salon magazine remarked on this difference in popular and critical opinion, calling him “The George W. Bush of Art.”

Whatever  you feel about Kinkaide’s visual style, the way he developed and marketed his work was almost unparalleled. He was undoubtedly a technically gifted artist – but he was an even better businessman. He didn’t make art pieces with the intent of having them put up on display in some fancy gallery or private collection.

Instead, he made most of his pieces with the intent of mass-producing copies for popular consumption. With his knack for understanding what people wanted, he was not only able to become immensely successful as an entrepreneur- he helped visually define the early 2000’s. In a 2001 60 Minutes interview on CBS, Kinkade said “There’s been million-seller books and million-seller CDs. But there hasn’t been, until now, million-seller art. We have found a way to bring to millions of people, an art that they can understand”.

He created a business model that brought art to the masses. Now anyone can do it. With online printing, everyone has a shot at more easily following his path- even without using any actual paint. You won’t even need to make the frames yourself like you once needed to.  And you really don’t have to follow his style either. 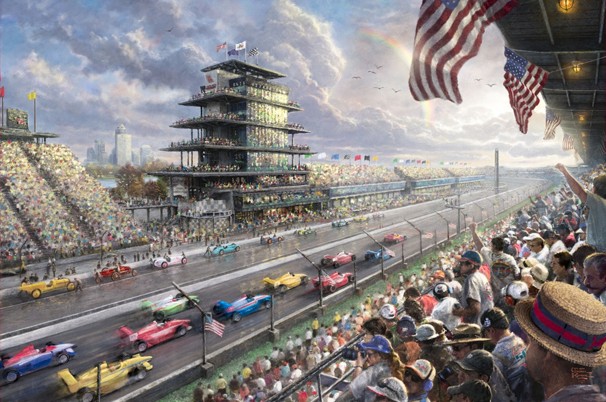 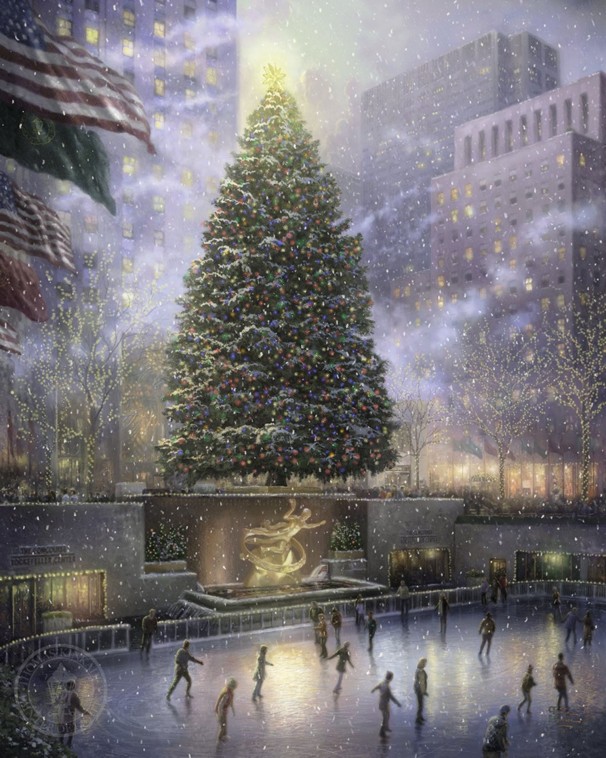 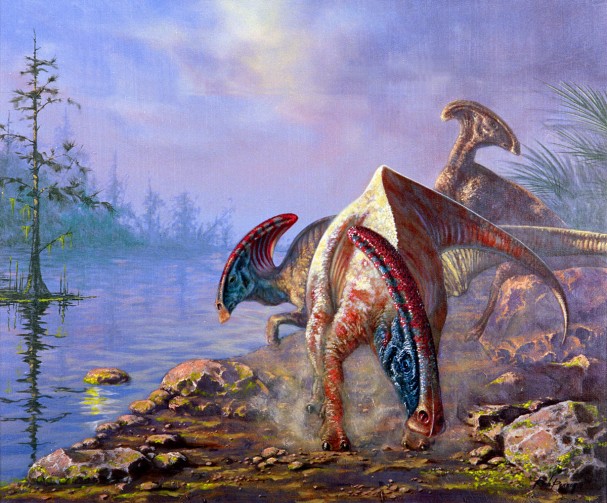 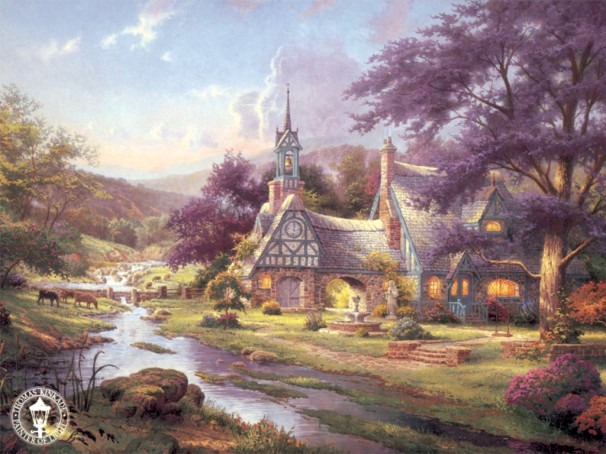 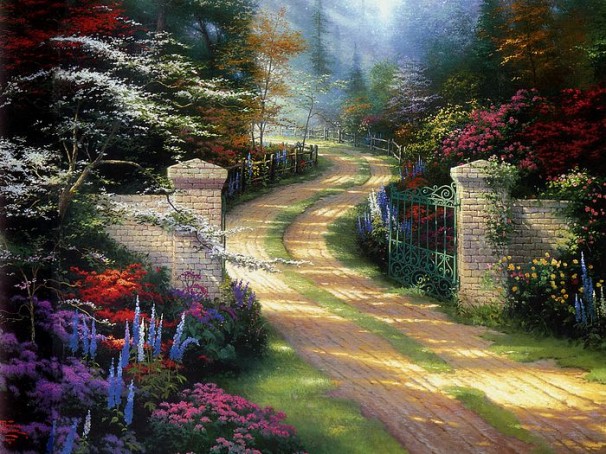 Along the Lighted Path 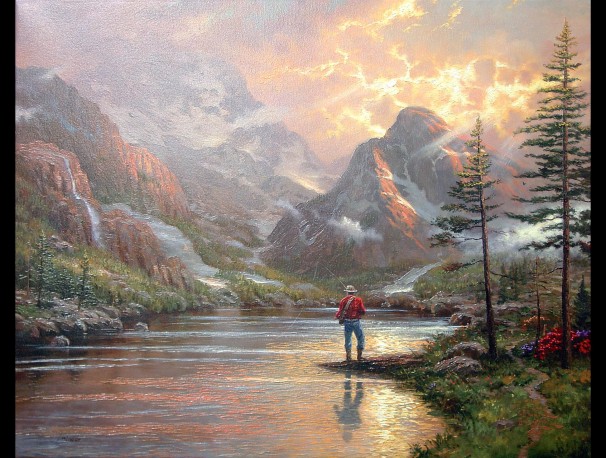 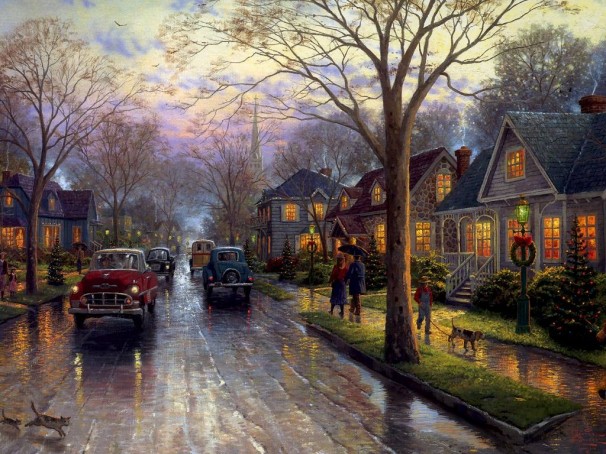 Kinkade has had many imitators, many of whom produced work similar, if not impossible to tell apart from the real thing. The negative backlash to his work has also inspired thousands to imitate his style in a tongue-in-cheek – especially online. 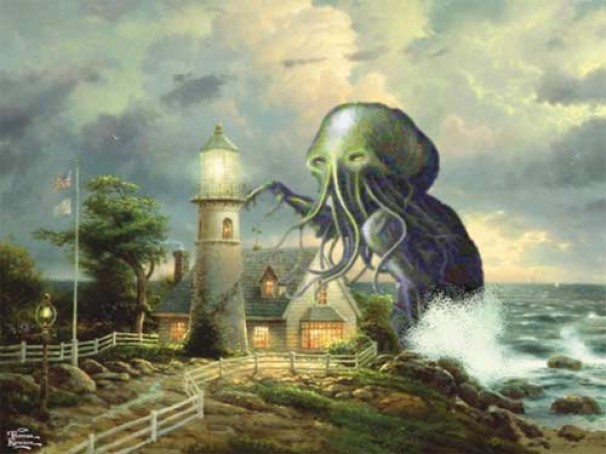 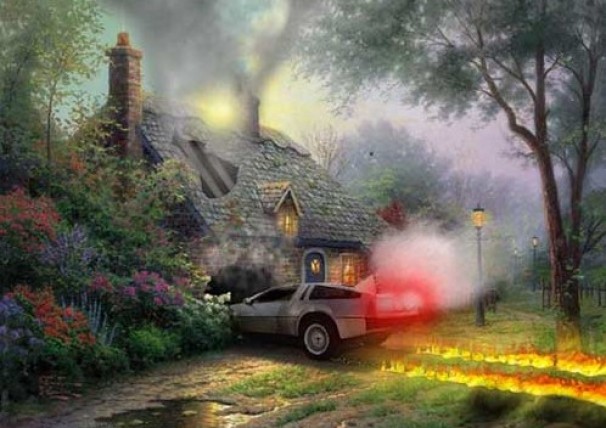 Kinkade Goes Back To The Future  via SomethingAwful.com 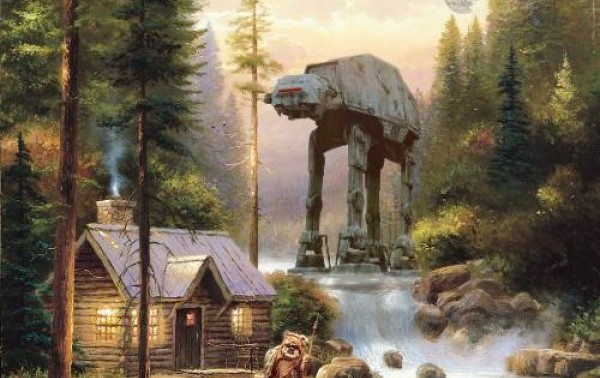 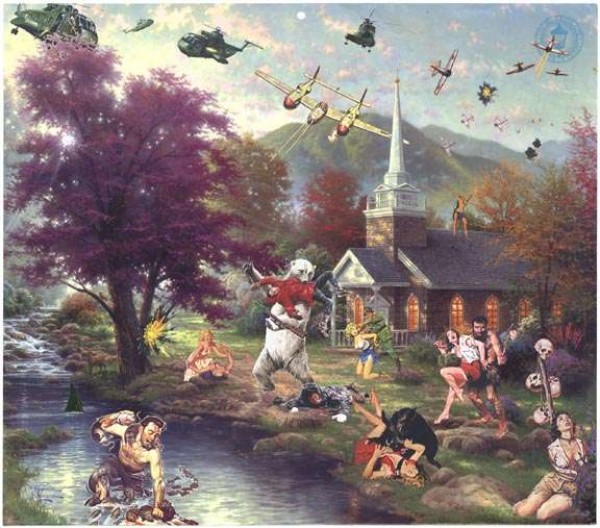 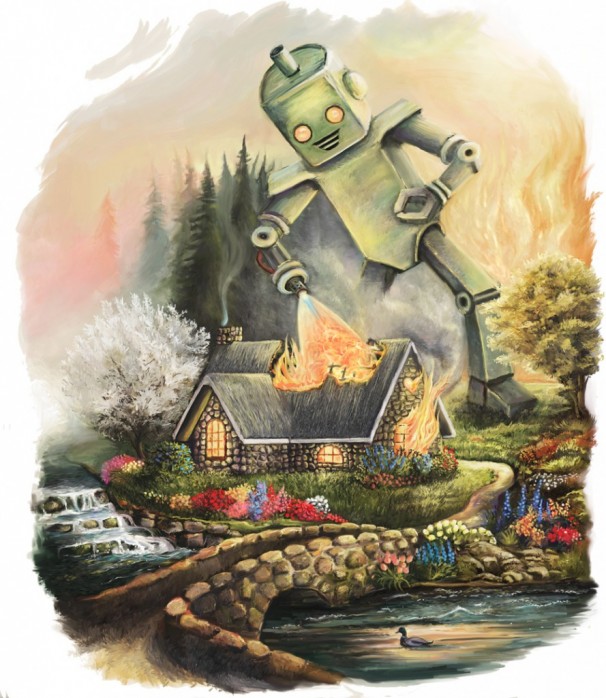 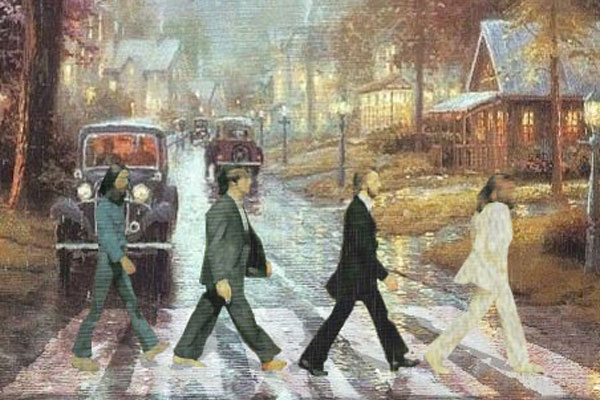 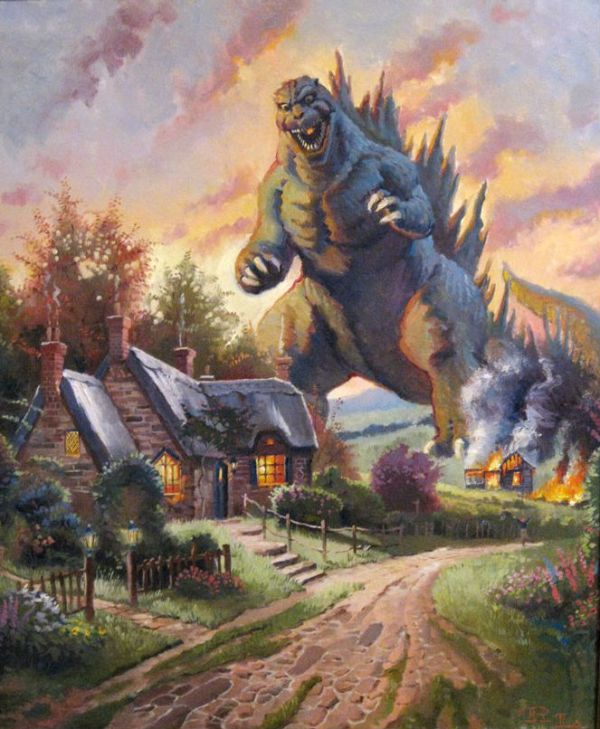 Whatever you think about Kinkade, he was undoubtedly different. While critics might argue that he represents art like fast food represents cuisine, we personally don’t think that’s such a bad thing at all. Fast food is something many of us crave for, even if we don’t admit. After just a year, really is too soon to say if his artistic and entrepreneurial legacy will be looked at favorably or otherwise.

In any case, canvas printing now makes it much simpler to follow Kinkade’s legacy, even without a workshop full of apprentices. Or paint. Check our custom canvas printing services and have any design or picture on your computer printed on high quality canvases. Visit this page for a free sample kit.

Images belong to their respective artists and are for inspiration purposes only.

Love/Hate this article? Questions? Insights? Just head over to the comment section below. We’d love to hear from you! 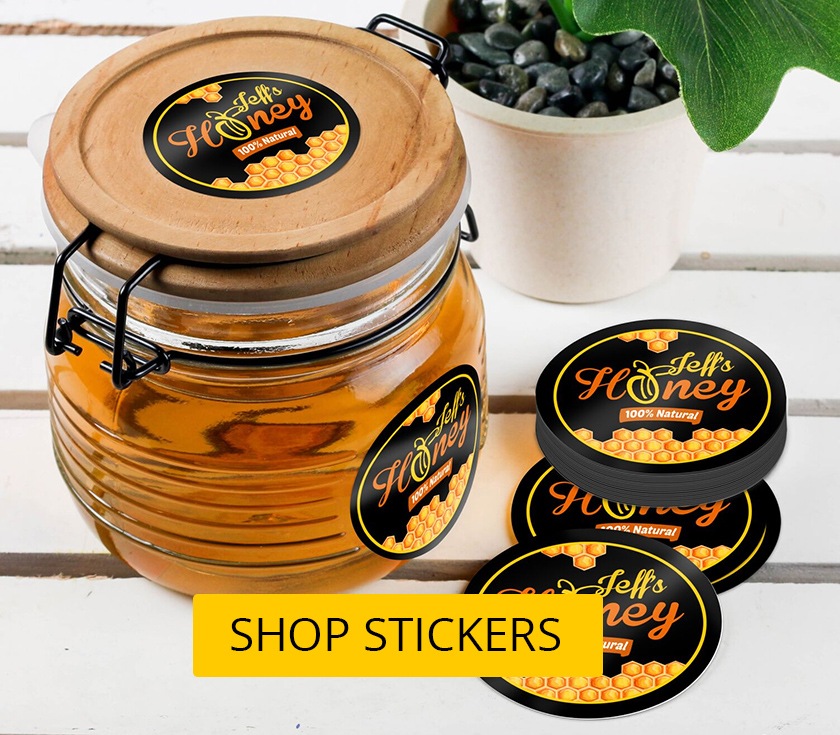